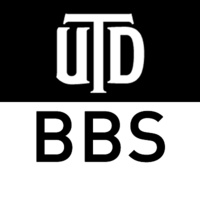 The School of Behavioral and Brain Sciences Colloquium Series

Thomas Talhelm is an Associate Professor of Behavioral Science at the University of Chicago Booth School of Business. Thomas has lived in China for six years as a Princeton in Asia fellow, as a freelance journalist, and a Fulbright scholar. He researches how rice farming made southern China more interdependent than the more freewheeling, wheat-growing north including what that means for whether people move chairs in Starbucks. He speaks Chinese and enough Hindi to ask questions but not understand the answers. While in China, Thomas founded Smart Air, a social enterprise that makes low-cost DIY air purifiers to help people protect themselves from air pollution.

Talk Abstract:
Using self-report scales to measure cultural differences can produce results that directly contradict people's actual behavior (Heine et al., 2008). To address this problem, we validate a measure of "manspreading" to test cultural differences in self-agency. We test self-inflation in everyday behavior by measuring manspreading in Starbucks around the world. First, we validate that manspreading reflects East-West differences. Starbucks customers in the US, France, and Russia occupy more space than customers in China, Japan, and India. Next, we test for cultural differences in manspreading inside China and India. Both countries have regions that traditionally farmed rice, which required more labor sharing and coordination of irrigation water than wheat farming. Customers in rice-farming regions like Kolkata and Shanghai occupy less space than people in wheat-farming regions like Beijing and Delhi.

Don't miss the opportunity to enhance your knowledge and grow professionally by hearing these experts in their fields.

This talk will be in-person at Green Hall at UT Dallas in GR 4.428.
Breakfast will be served.

See The School of Behavioral and Brain Sciences for more events.