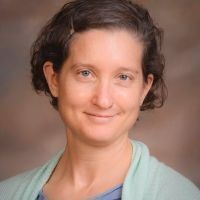 Join us for a discussion on Liberation in Print: Feminist Periodicals and Social Movement Identity by Dr. Agatha Beins.

Agatha Beins teaches in the Department of Multicultural Women’s and Gender Studies at Texas Woman’s University. Her book Liberation in Print: Feminist Periodicals and Social Movement Identity analyzes US feminist newsletters and newspapers published in the 1970s. In addition to her interest in feminist print cultures, she writes and teaches about the relationship between art and activism, feminist pedagogies, the institutionalization of women’s studies, and food studies. She also serves as editor for the online, open access journal Films for the Feminist Classroom (ffc.twu.edu/).

In her words, Liberation in Print: Feminist Periodicals and Social Movement Identity is the first analysis of periodicals’ role in U.S. feminism’s formation as a collective identity and set of political practices in the 1970s. Focusing on five periodicals of that era, I argue that repetition in their text and imagery solidified certain concepts as central to feminism. Specifically, I examine the discourse of sisterhood, images of women of color, feminist publishing practices, and the production of feminist spaces to demonstrate how their manifestation and circulation shaped dominant themes within the women’s liberation movement. Even though these tropes took similar forms in feminist groups throughout the United States, this book illustrates that local context affected the manifestation of ideas and political values, revealing the complexity and heterogeneity within feminism. Consequently, we see feminism to be a dynamic and constantly emerging identity that has grown, in part, out of tension between a social movement's expectations of ideological consistency and the specificity of local contexts.