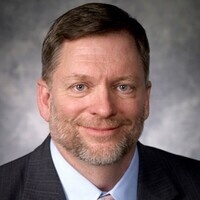 Getting To Know You Series - John Walls

To view the recording of this event, please click here.

This event is part of the BRIGHT Leaders Getting to Know You series.

Please join us as we get to know John Walls, Vice President for Communications at University of Texas at Dallas.

John Walls joined UT Dallas in 2010 to oversee media relations for the University. Under his leadership, the media relations team increased positive media coverage of the University by more than 500 percent and worked with numerous departments and schools to provide support for major events, media training and consultation, and crisis communications counsel.

During his tenure, media relations personnel also earned more than 20 awards from the Council for Advancement and Support of Education District IV and the Chancellor’s Excellence Award for Media Relations from The University of Texas System.

Walls previously worked with Fortune 500 companies, including TXU Corp. and health care corporations, and with academic and research institutions, including UT Southwestern Medical Center and the Texas Tech University System. He and his teams routinely earned numerous peer honors for marketing, advertising, public relations, and government and community affairs programs. He began his career at the Lubbock Avalanche-Journal, where he worked as a public affairs reporter.

Walls has a bachelor’s degree in economics from UT Austin and a master’s degree in mass communications from Texas Tech.