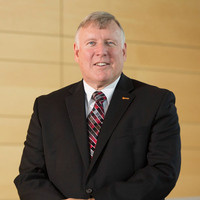 To view the recording of this event, please click here.

This event is part of the BRIGHT Leaders Lessons from Leaders series.

Dr. Richard C. Benson is the fifth president of The University of Texas at Dallas, a young university of very high research activity (Carnegie R1) that is growing rapidly in size and stature. Between 2007 and 2017, according to the Chronicle of Higher Education, UT Dallas was the nation’s second-fastest growing public university.

Prior to beginning his university career, he worked for the Xerox Corporation as a technical specialist and project manager from 1977 to 1980. He joined the University of Rochester in 1980 as an assistant professor of mechanical engineering and was named the top teacher in the College of Engineering and Applied Science in 1981. He progressed to associate professor in 1983 and full professor in 1989. He served as associate dean for graduate studies in the College of Engineering and Applied Science from 1989 to 1992 and as chair of the Department of Mechanical Engineering from 1992 to 1995.

Benson’s research at the University of Rochester was primarily focused on the mechanics of highly flexible structures. With sponsorship from the Eastman Kodak Company, Hewlett-Packard, Bausch & Lomb, Xerox and others, he and his advisees modeled magnetic disks and tapes, paper sheets, soft contact lenses, photographic film and other easily deformed structures.

Benson’s teaching interests are in the fields of structural mechanics, design and applied mathematics. At the graduate level he has taught courses in structural mechanics, structural stability, plates and shells, elasticity and continuum mechanics. At the undergraduate level he has taught courses in advanced mechanical design, statics, mechanical systems, kinematics, complex variables and boundary value problems.

Benson has received three significant honors from the American Society of Mechanical Engineers (ASME). In 1984 he received the ASME Henry Hess Award, which honors a research publication by a young author. In 1998 he was made a Fellow of the ASME. In 2009 he was elected to a three-year term on the ASME Board of Governors (2010-13). He also has held editorial positions with the ASME Journal of Applied Mechanics, ASME Press and Applied Mechanics Reviews.