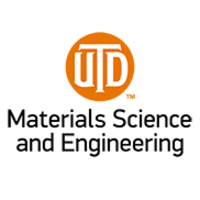 MSE Colloquium Series: "Materials to save the U.S. (and the world)" by Greg Yeric(Hosted by Dr. Jiyoung Kim)

When cars cannot be built due to lack of computer chips, it highlights the risk of being dependent on foreign-based chip manufacturing to even the highest levels of the U.S. government.   At the same time, those of us in the microelectronics field are fighting increasingly difficult battles to continue the progress known as Moore’s Law.  Especially with the explosion of artificial intelligence applications, the growing data economy will quickly consume the world’s power supply if we are not successful, so the world needs us to be successful.   The underlying solution to both of these challenges will lie in new materials and with innovations coming from facilities like here at UTD’s MSE department.   Cerfe Labs hopes to partner with UTD to be part of the solution.

Dr. Yeric received his PhD in microelectronics from The University of Texas at Austin, where he welded plastic wet hoods and fixed donated etchers and furnaces.  He was able to make a novel MOSFET structure for his dissertation, but the most important part about his graduate schooling is that he studied at the same time as Professor Kim.   After school, Greg started as a process integration engineer at Motorola’s Advanced Products Research and Development Labs, working on embedded flash technologies.  He later joined a startup in Plano that designed test chips for Texas Instruments and eventually a majority of semiconductor companies at the end of the last century.    That company was acquired by another company, and then that company was acquired by another company, and after that he moved to Arm Holdings, the CPU design company, where he spent 12 years as an interpreter between designers and wafer manufacturers, the last 4 years as an Arm Fellow.  In October of 2020 Cerfe Labs spun out of Arm Holdings, to continue the development of new memory technology.   Cerfe Labs has begun collaboration with UTD and Greg will talk about that in addition to the main topic of the talk.