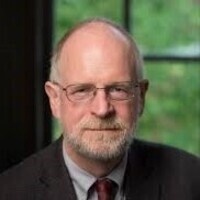 Abstract:
Multiphase flows are a critical for industrial and natural processes, including the vapor generation in power plants, combustion of liquid fuels, processing of chemicals in bubbles columns, rain, and heat and mass exchange between the oceans and the atmosphere. Predicting their behavior is therefore of outmost interest. Direct numerical simulations, where the governing continuum equations are solved accurately for systems that are large enough so that meaningful statistical quantities can be computed, are rapidly becoming routine, at least for systems where the physics is simple enough, such as disperse flows of bubbles and drops. Those simulations yield enormous amount of data that, in addition to providing physical insights, opens up new opportunities for the development of lower order, or coarser, models that describe the average or large-scale behavior. We discuss efforts to do so, including the use of machine learning to construct closure models for bubbly flows. In addition, success with relatively simple systems calls for simulations of more complex problems. Multiphase flows often produce features such as thin films, filaments, and drops that are much smaller than the dominant flow scales and are well-described by analytical or semi-analytical models. Recent efforts to combine semi-analytical models for thin films using classical thin film theory, and to compute mass transfer in high Schmidt number bubbly flows using boundary layer approximations, in combination with fully resolved numerical simulations of the rest of the flow, are described.

Dr. Gretar Tryggvason is the Charles A. Miller, Jr. Distinguished Professor at the Johns Hopkins University and the head of the Department of Mechanical Engineering. He received his PhD from Brown University in 1985 and was on the faculty of the University of Michigan in Ann Arbor until 2000, when he moved to Worcester Polytechnic Institute as the head of the Department of Mechanical Engineering. Between 2010 and 2017 he was the Viola D. Hank professor at the University of Notre Dame and the chair of the Department of Aerospace and Mechanical Engineering. Professor Tryggvason is well known for his contributions to computational fluid dynamics; particularly the development of methods for computations of multiphase flows and for pioneering direct numerical simulations of such flows. He served as the editor-in-chief of the Journal of Computational Physics 2002-2015, is a fellow of APS, ASME and AAAS, and the recipient of several awards, including the 2012 ASME Fluids Engineering Award and the 2019 ASTFE Award.

Please install Microsoft TEAMS onto your computer or mobile device prior to the designated meeting day/time to be ready for the live event. Instructions on how to install MS TEAMS can be found at https://www.utdallas.edu/oit/howto/microsoft-teams/. If you need help installing MS Teams, please contact The University of Texas at Dallas helpdesk at 972-883-2911.