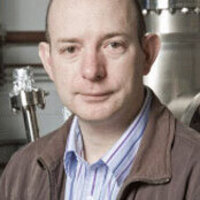 Fabrication and microscopy of multi-species nanoscale dopant structures in silicon

Over the last two decades, prototype devices for future classical and quantum computing technologies have been fabricated, using scanning tunneling microscopy and hydrogen resist lithography to position phosphorus atoms in silicon with atomic-scale precision. Despite these successes, it is only now that we have demonstrated that a donor precursor molecule other than phosphine can be compatible with the hydrogen resist lithography technique. Here we describe the successful fabrication of atomic-scale structures of arsenic-in-silicon, using arsine (AsH3) as the precursor molecule. We fully elucidate the surface chemistry and reaction pathways of arsine on Si(001), revealing significant differences to phosphine. The properties of arsenic-in-silicon devices, and potential benefits of using arsenic instead of phosphorus, are highlighted using a number of characterization techniques.

The ability to fabricate buried dopant-in-silicon structures with dimensions from microns to the atomic scale also provides us with a unique opportunity to benchmark novel microscopy techniques, with applications varying from electronic tagging to device failure analysis to IC security. We will present recent work showing that broadband electric force microscopy (bb-EFM) can be used to characterize the properties of a nanoscale p-n junction, made from phosphorus and boron using hydrogen lithography by our collaborators at IBM Research – Zürich.