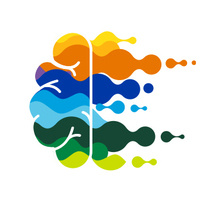 Drift Diffusion models are designed to explain the mental processes that we may use to make a decision. Such a mental process accumulates evidence as soon as we see a stimulus and continues until a decision is made. Diffusion based models have been widely studied to explain the response time and accuracy in terms of the participant’s ability (drift parameter) and response cautiousness (boundary parameter). The Q-diffusion model used in current study, is an extension of the diffusion model and incorporates stimulus-specific parameters as well. A prior distribution specifies the researcher’s expectations about possible parameter values. In Bayesian inference, the prior distribution is used with the probability model and the data to obtain a posterior distribution which specifies parameter value likelihoods. Evaluating robustness of posterior statistic (e.g., mean) against various choices of prior is important for understanding whether or not two totally different choices of parameter priors will make identical predictions. Current study empirically investigated, given a mental rotation response dataset, the robustness of Bayesian inference of the Q-diffusion drift parameter for both strong and weakly informed prior distribution. The study found that Bayesian inference of the Q-diffusion model is robust against minor variations in the strongly informed priors. However, the weakly informed priors where not able to converge to the assumed true posterior distribution. This study emphasizes the importance of prior sensitivity analysis along with other model checks such as model convergence, when utilizing Bayesian inference for parameter estimation.