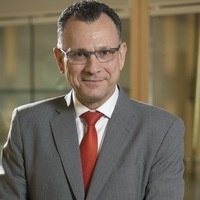 Please install Microsoft TEAMS onto your computer or mobile device prior to the designated meeting day/time to be ready for the live event. Instructions on how to install MS TEAMS can be found at https://www.utdallas.edu/oit/howto/microsoft-teams/. If you need help installing MS Teams, please contact The University of Texas at Dallas helpdesk at 972-883-2911.

High-fidelity large-eddy simulations (LES) coupled with laboratory and field scale experiments are revolutionizing our understanding of the rich dynamics of wind turbine wakes yielding new insights into the impact of near-wake phenomena to far wake meandering. The hub vortex has been shown to undergo spiral vortex breakdown
undergoing low frequency oscillations and lateral expansion ultimately interacting with the turbine tip shear layer and energizing the intensity of wake meandering several rotor diameters downwind. Large-scale snow PIV and LES of utility scale turbines have further uncovered a previously unknown centrifugal instability mode of the turbine tip shear layer, which manifests itself in the form of a second set of spiral vortices with vorticity of opposite sign relative to the spiral tip vortices. Standard actuator disk or line models widely used today to parameterize wind turbines in wind farm simulations are not able to capture such phenomena and especially the instability of the hub vortex. To mitigate this limitation, we have developed a new class of actuator surface models that incorporate the turbine nacelle and are able to capture the correct coherent dynamics of the near wake and their impact on far wake meandering. I will present this new class of models, demonstrate their improved predictive capabilities, and discuss implications for large scale simulations of real-life wind farms. I will also present a new computational framework that paves the way for simulation-based control co-design of utility scale offshore wind farms incorporating floating platform dynamics and various wind turbine control strategies.

Fotis Sotiropoulos serves as Dean of the College of Engineering and Applied Sciences and State University of New York (SUNY) Distinguished Professor of Civil Engineering at Stony Brook University. Before joining Stony Brook University, he was the James L. Record Professor of Civil Engineering; Director of the St. Anthony Falls Laboratory; and Director of the EOLOS wind energy research consortium at the University of Minnesota, Twin Cities (2006-2015). Prior to that, he was on the faculty of the School of Civil and Environmental Engineering at the Georgia Institute of Technology, with a joint appointment in the G. W. Woodruff School of Mechanical Engineering (1995-2005). His research focuses on simulation-based engineering science for tackling complex, societally relevant fluid mechanics problems in renewable energy, environmental and human health applications. He has authored over 200 peer reviewed journal papers and book chapters and his research results have been featured on the cover of several prestigious journals. He is the 2019 recipient of the American Geophysical Union (AGU) Borland Lecture award, the 2017 recipient of the Hunter Rouse Hydraulic Engineering Award from the American Society of Civil Engineers (ASCE), Fellow of the American Physical Society (APS) and the American Society of Mechanical Engineers (ASME), and a recipient of a Career Award from the National Science Foundation. He has twice won the APS Division of Fluid Dynamics Gallery of Fluid Motion (2009, 2011), is a 2014 distinguished lecturer of the Mortimer and Raymond Sackler Institute of Advanced Studies at Tel Aviv University and is serving or has served on the editorial boards of several journals. Effective August 1, 2021, Sotiropoulos will serve as the Provost and Senior Vice President for Academic Affairs at Virginia Commonwealth University.